Soundproof ceilings aim to control noise bleeding in or out of a room through a ceiling system. This could be sound transmitting through a common floor/ceiling assembly, from upstairs to down, or downstairs to up, or it could be targeting the elimination of noise bleeding from room to room through an open plenum ceiling tile system. In any case, the goal is to produce more privacy within the room, and more protection against noise being heard in adjacent rooms.   If you are wondering how to soundproof a ceiling, even soundproofing an existing ceiling, welcome to your sound solution!

How to Soundproof a Ceiling


The goal when creating a soundproof ceiling is to force a break in your connection points to the floor up above, line your ceiling with the additional weight, and force the collapse of up to 80% of your transmitting noise.   There is a layering system that is available to you that can deliver the sound protection you seek.  The acoustic treatment targets both the density and the disconnection you need in your formula.  The density portion of your project delivers to your project site in the name of our mass loaded vinyl called dB-Bloc.

This is an ultra-thin, ultra-dense sound barrier membrane that impedes vibration.   Tack it directly to your ceiling.  The disconnection portion of your project comes in the form of a channel system that easily anchors over the dB-Bloc to prepare for a newly finished drywall surface.   See the demo below showing you how to soundproof a ceiling.  Ask your contractor to call us for the proper installation. 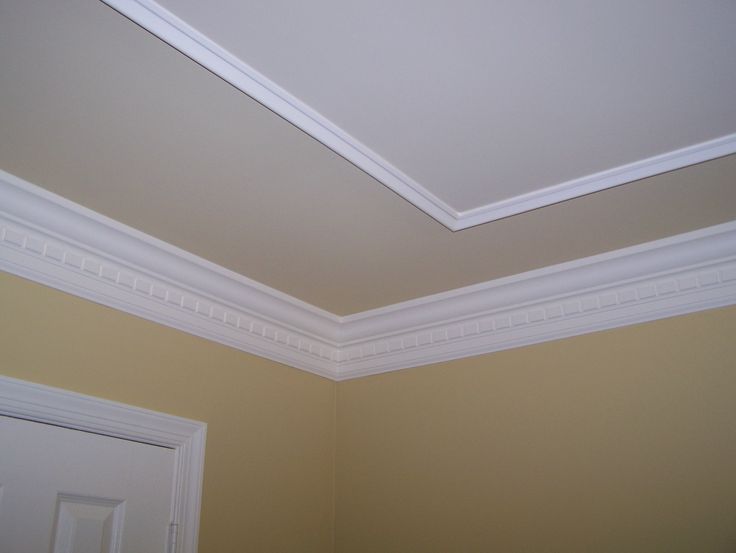 
Whether you are soundproofing an existing ceiling or you are building or remodel a new project, if your goal is to put a drywall finished ceiling system in place, your goal is twofold.  To create a soundproof ceiling, first layer dB-Bloc direct to your existing surface, whether that’s finished drywall or exposed joists, and second, install a set of furring strips across the ceiling to force a break in the connection points from down stairs to up.   This combination of “density + disconnection” will combine to help force the collapse your noise leak from either direction. 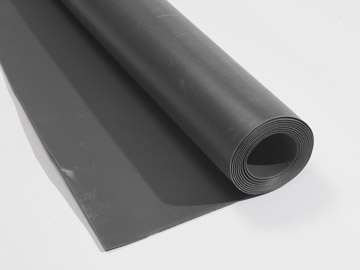 While the dB-Bloc component to your assembly will deliver the density you need in your layering sequence, the disconnection component presents some choices for you.   NetWell does not sell the resilient channel systems, as these you can pick up from your local contractor who will be performing the installation.   One upgrade to consider, however, is the use of our RSIC Clips to help produce a stronger break in the contact point over a standard resilient channel.   RSIC Clips anchor to your ceiling once the dB-Bloc is installed, and then a set of hat channels are snapped into the RSIC Clips, with new drywall then anchor to your hat channels. 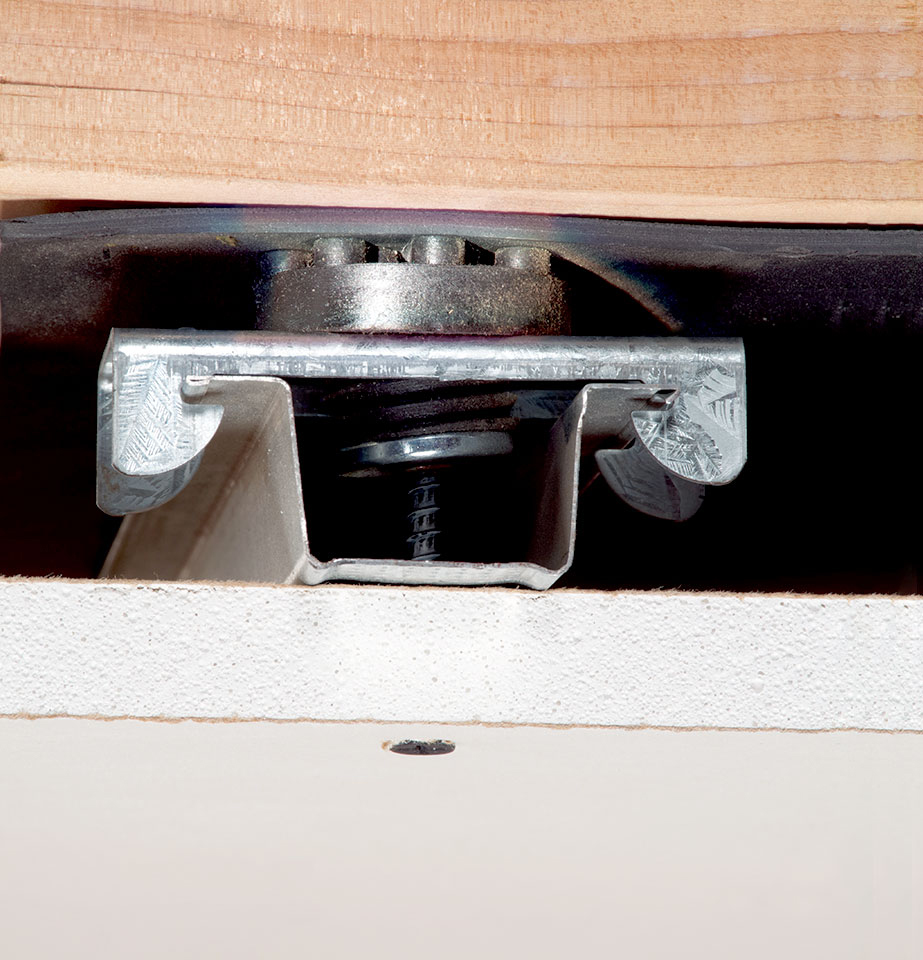 dB-Bloc has been a staple acoustic product for Netwell Noise Control clients for more than 25 years.   The density of this ultra thin membrane will aid in deadening the resonance of your structure, impeding sound wave transfer, and protecting one adjoining space from another.   We ship the product in 54″ x 30′ rolls.   Note each roll will weigh close to 150 pounds, so anchoring into your ceiling will require cutting the barrier into manageable lengths as you install it. 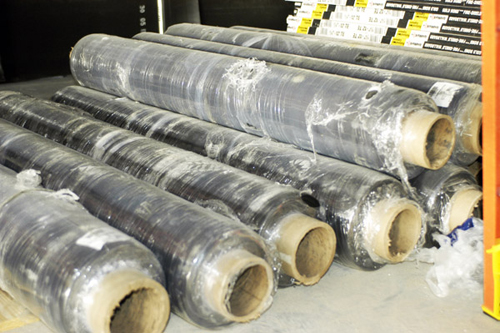 How do I soundproof my ceiling?

To soundproofing an existing ceiling, your goal is to separate upstairs from down structurally, and then line the assembly with additional density.    The separation will disconnect upstairs from, the equal to snipping a string pulled tight between two cans.  The density will impede vibration, much like placing the flat of your hand against a tuning fork or a wine glass so it can’t “sing”.  This formula can be applied to finished existing or new build surfaces.  The density comes in the form of mass loaded vinyl.  Layer that up first.  The disconnection comes from isolation clips that support hat channels.  Layer that up second.  Then finish with a new layer of drywall.

Does soundproofing a ceiling really work?

Yes.  But only to a point.  Remember that sound waves travel both structurally and air borne.  Any two rooms that share common contact will deliver sound waves back and forth regardless of your best attempts to block it from happening.   Thus the need for isolation clips.   The perimeter walls upstairs and downstairs are also connection points that will bleed noise structurally around your treatment.   Airborne leakage points include light canister cutouts, fire detector cutouts, ventilation systems, plumbing fixtures inside your surfaces, anywhere that air can travel, the noise will come with it.  Due to these mediums, there is no “cure” to soundproof a ceiling.   But better control over it?  Absolutely.

How much ceiling noise can I block?

This depends on how much you minimize the leakage points.    By adding dB-Bloc and a disconnection in your assembly, using RSIC Clips or other, you could elevate your rating to luxury grade STC Values of 55 or greater.   You could block up to 90% of the bleeding noise, but if you have cutouts in your ceiling, or soffits carrying plumbing or HVAC, your sound values will begin to decay.   Results will vary from treatment to treatment based on leakage.   And that’s ok, as every soundproof ceiling treatment will have some form of leakage.  The goal is to better “control” the bleed of noise, not “cure” it.

For thermal purposes, batting insulation works great!  For acoustic purposes, not so much.   Remember that ceiling noise is due to being structurally connected to upstairs.  To block noise coming through, the goal is to force a break in the contact points, which are the joists.   Therefore, stuffing batting insulation between the joists is ignoring the path the energy is taking.  The problem is structure borne vibrations.   Batting insulation might offer a 5% drop in sound bleed, while the “disconnection + density” formula could deliver up to a 80-90% drop in noise transfer.   Focus on adding  Isolation Clips and Mass Loaded Vinyl

How do I reduce noise from upstairs?

If the primary issue is foot noise coming from upstairs down through the floor and spilling into the room down below, one option is to layer a floor underlayment beneath the finished surface upstairs.   Move the soundproofing treatment closer to the noise source.  Keep the vibrations from foot steps from coming into contact with the joists.   But the reality is that most floors are finished surfaces, making the underlayment option not viable.   In this case, move the treatment down below and apply mass loaded vinyl and isolation clips to your existing ceiling.

Will light canister cutouts in my ceiling bleed noise?

Yes.  Stuff batting insulation up above into the cavity space above the light cans.   It will at least slow down the bleed of the noise.  But any cutout in the ceiling will decay your soundproofing values, and batting insulation can only do so much, but better to do it than not.

Does density in my ceiling block noise?

Yes.  dB-Bloc is a mass loaded vinyl, and the most popular way to layer density into a common floor/ceiling assembly.   Without the density, your ceiling will accept resonance and vibrations and let sound waves pass through.

How do I reduce foot noise from upstairs?

The goal is separation.  Isolation clips can be anchored to your ceiling to help lift and separate your finished ceiling downstairs form your finished floor upstairs.   The resulting disconnection will force the collapse of the structure borne vibrations passing through.   Also be sure to layer in the density of mass loaded vinyl to your ceiling.   The treatment can be applied to exposed joist or direct to a finished ceiling.

Should I install double drywall for soundproofing?

Once the dB-Bloc and your disconnecting channel system is in place, the final step is to layer up new drywall to finish off your soundproof ceiling treatment.    At a minimum, use 5/8″ drywall at this point.   For those who ask about doubling up on the finishing layer of drywall, we recommend doing just 1 layer and gauging the values back.   You might be satisfied with the results at that point and forego the need for the second layer.   At that time you can make the decision to add a second layer if you think you need it.   But here, we recommend going with 1/2″ for your second layer.


If your ceiling is not a drywall finished surface, but instead a drop grid ceiling tile system, the treatment is super easy.  By definition, the ceiling is already disconnected as it is floating off the structure of the building.   The missing component is density.   NetWell offers a specific product for this application called a Ceiling Cap.  Order them in either 2’x2′ or 2’x4′ panels, and simply rest them atop your existing ceiling tiles to help place an acoustic “lid” over the top of the room.   This combats noise that would other wise transfer easily in either direction through your ceiling tile system. 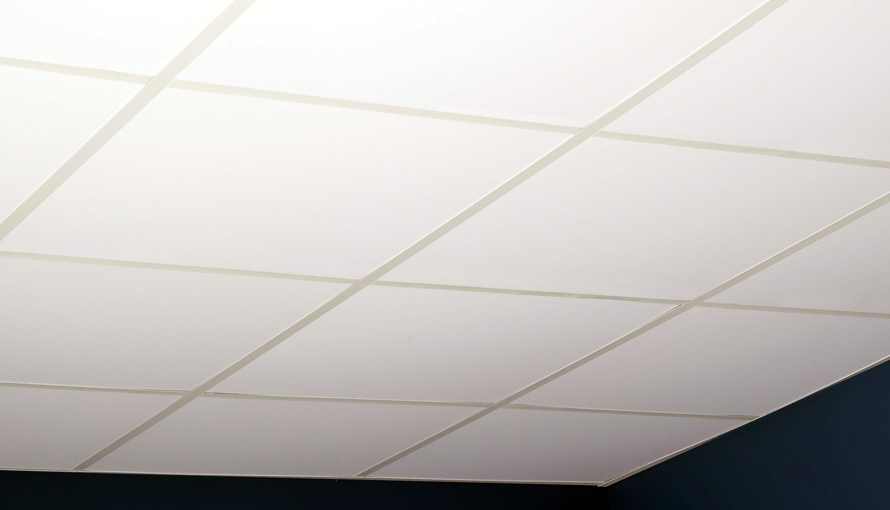 For contractors in the building trade, interested in the state-of-the-art techniques for soundproofing a common wall, foor, or ceiling assembly surface in today’s market, we invite you to sign up for our Contractor’s Corner.   This is a free online newsletter designed specifically for the building trade as we share our knowledge base with you and your clients.   For you drywallers, architects, framers, and general trade contractors out there, we welcome you to our family of third party noise insulation experts.   We look forward to supporting you and your customers with our noise protection products and procedures!